It’s hard enough to go through a career change. Emotionally and physically. Especially when your identity has been wrapped up into what you were doing. And your dreams have changed to something completely different.

Welcome back to In the Nitty Gritty.

Today's guest and I go waayyyy back.   Like almost 20 years!

How do I know Kenzie? I used to be one of Mackenzie's dance teachers when she was in grade school - high school. (I can't believe that fact actually.)😳

I have watched her go for super big things in her young life and do them with such excellence.

In this episode, we chat a lot about going through the transition of being known as a dancer and what it's like to be part of that world.  Then into changing course and doing something completely different… and yet, reflect on how the previous journey helped pave the way for her current journey.

"I got burnt out, overwhelmed, and there was a burning inside for about three years before I totally went for it." - Kenzie Heisler
"A person of true resilience, who appears to make everything look easy, but I know it's super hard work. Both on the inside and outside." - Melissa Rose
"Because the dance world is so competitive and fierce, we tell you exactly what needs to improve.  We ask you fix it on the spot. However, it creates this backbone for use to just figure it out." - Melissa Rose
"This better freakin' work!" - Kenzie Heisler
"I've been intentional about visualizing and manifesting exactly what I want to bring into my life." - Kenzie Heisler

What Can You Do?

If you love the episode, take a pic, and tag @inthenittygritty so I can shout you out and say thank you! And of course say hello to Kenzie on IG @kenzington_boutique

Or better yet, leave an honest rating and review.  It tells others how much you loved it, and I'll shout you out on the podcast.

So grab your earbuds and listen!

A bit about our featured guest!

Mackenzie worked as a professional dancer, choreographer, and mover & shaker with a nonprofit dance program and as a freelance artist for ten years, then decided it was time for the next creative venture.
She has had a passion, talent, and vision for all things aesthetic and creative for her entire life. The idea of visually merchandising your home, closet, appearance, and life was ingrained into her spirit from her grandmother and mother. The expression of self that comes from a developed approach to individual aesthetic and detail is something owner Mackenzie is always editing, evolving, and discovering in her life.
The name Kenzington as you could guess comes from a spin off of Mackenzie or as close friends and family call her Kenzie. Kenzington was a name she developed at a young age as her alter ego, and she wanted to see that name go big somehow, some way. During Mackenzie‘s lifelong career as a dancer from age three- she dreamed of being on the big stages, and then gracing the screens like some of those admirable icons she followed and looked up to like Marilyn Monroe, Twiggy, Brigitte Bardot, Audrey Hepburn, and Cher (to name a few). These icons influenced Mackenzie with their beauty, style, and grace.
The idea of Kenzington came from wanting women to have a space that would allow them to enhance and capture their personal style from what they wear, to how they decorate, and how they carry themselves. A space that is imaginative and inspiring, and maybe a bit nostalgic. "Turn heads without conforming to the masses," is our motto here.
Mackenzie is a self taught entrepreneur and designer, but graduated from the University of Minnesota with BFA in Dance and Dance Education. She had a prosperous career as a dancer, and doesn't plan to ever completely hang up her leotard, but plans to bring a new found creative and artistic approach to the retail world.
Mackenzie grew up wearing extravagant and over the top costumes, and that never really seemed to stop in the theater, she became known to go that extra mile and do things like wear leather pants and stilettos to football games because it "fit her mood that day." Her love for style has translated beautifully into the retail world, she is big on movement, luxurious fabrications, and bold statements. Being un-apologetically you and taking fashion and style risks are just a few of the rules Kenzington follows when it comes to their style. 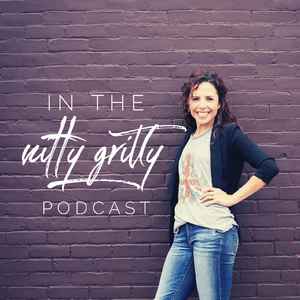 PS. All the links so you can properly stalk our guest!

✅ Join my FREE Coaching Group where I come in weekly to share tips, tools, motivation and inspiration that has helped me in my business to help you in yours.  https://www.facebook.com/groups/Inthenittygrittycoachingwithmelissa

There are no comments yet. Be the first one to leave a comment!